A big thank you to all the volunteers and to all those at Chesworth Farm, Warnham Local Nature Reserve and New House Farm who helped to make this year's walk event so successful. We are also grateful for the use of Horsham Rugby Club facilities.

The event was sponsored by the three neighbourhood councils, North Horsham Parish Council and HDC. Thanks also to Tom Hunter from Springboard who started the Walk and to John Lee who took many excellent photos - including those shown here. 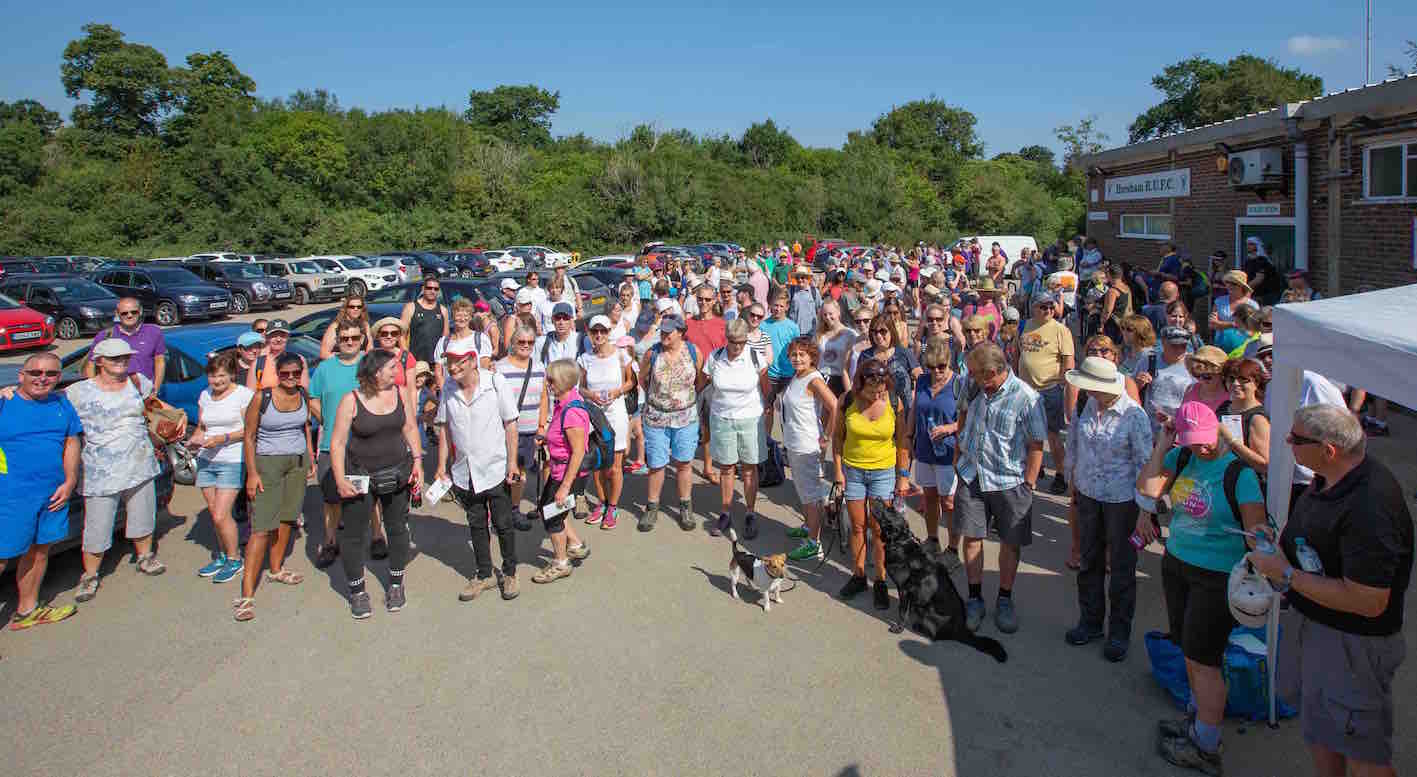 Thank you again to those who took part in the 2018 RiversideWalk and to all those who helped raise funds for the Springboard Project. To include sponsorship money raised by the Scouts the total raised this year was almost £1,000. Springboard enjoyed the day and have written to thank us and the many local people who supported them. The funds have helped them with their work including running a summer programme for disabled children and young people of local families. The activities included theme parks, forest trips, cookery and pottery.

The Riverside Walk event team are already looking forward to organising next year’s walk and we hope to see many enthusiastic walkers again.

Once again thank you for your ongoing support

The joining instructions for this year’s Horsham Riverside Walk included the words: “Don't forget your sun cream, hat and water”.
Under the hot sun of the 14th July, walkers of all ages congregating at Horsham Rugby Club would be glad of those three items over the next few hours.
‘Tomfoolery’ entertained in the minutes before ten o’clock and then led the countdown before using a loud air-horn to signal the start of the circular 13-mile hike.
Members of Horsham Joggers were first away followed by about 180 walkers, including around 50 Scouts, already happily making new friends.
People and dogs thronged the narrow pavements between Hammerpond Road and Sandeman Way but there was more space soon after crossing Brighton Road when open countryside was reached.
Chesworth Farm was the first refreshment stop where The Friends were serving welcome cold drinks and giving directions to the equally welcome nearby toilets.
Led by a trained Walk Leader and aided by a free map and many, prominent way signs, Warnham Nature Reserve was reached after about six miles. Sandwiches, more cold drinks, chairs to rest on in the shade or in the sun were set out here and ‘The Toons’ trio played a selection of encouraging music.
Rested and refreshed, participants took the route through the Reserve to woods and then to open fields in the hottest part of the day. The admonishing text quoted above from the joining instructions was probably remembered at this point.
Crossing the A264 dual-carriageway is not for the faint-hearted or the impatient but it was accomplished without incident and the reward was a piece of cake and a cold drink at New House Farm café with a short rest for those who needed it.
But now the end was near! A few people took the opportunity of the free minibus back to the Rugby Club, three or four miles away.
Cheered and animated by the thought that they were nearly there, over a hundred walkers pressed on through the welcome, cool shade of Owlbeech and Leechpool woods to collect their Walk Certificate at the Rugby Club.
Organiser, David Searle, said, “It’s not a race or a test of stamina but a chance to enjoy the open air and scenery around our town. The event is only possible with many willing volunteers and we are very grateful to them all for their time and energy. We had lots of positive feedback from those taking part. Thankfully, none of the walkers needed the help of our First Aid volunteer. Not even a blister was reported.
“This year, we are supporting the Horsham based children’s charity, Springboard. I understand that £435 was donated on the day by generous walkers and that will be significantly increased by sponsorship money which has yet to come in. Thank you to all who helped raise this boost for Springboard.” 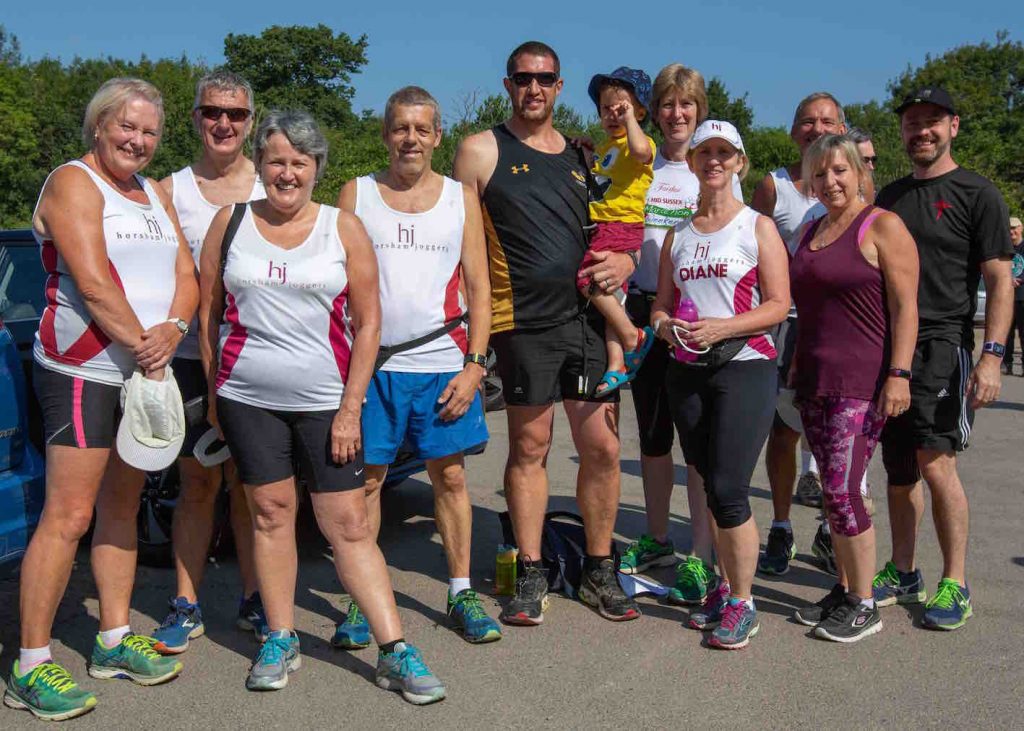 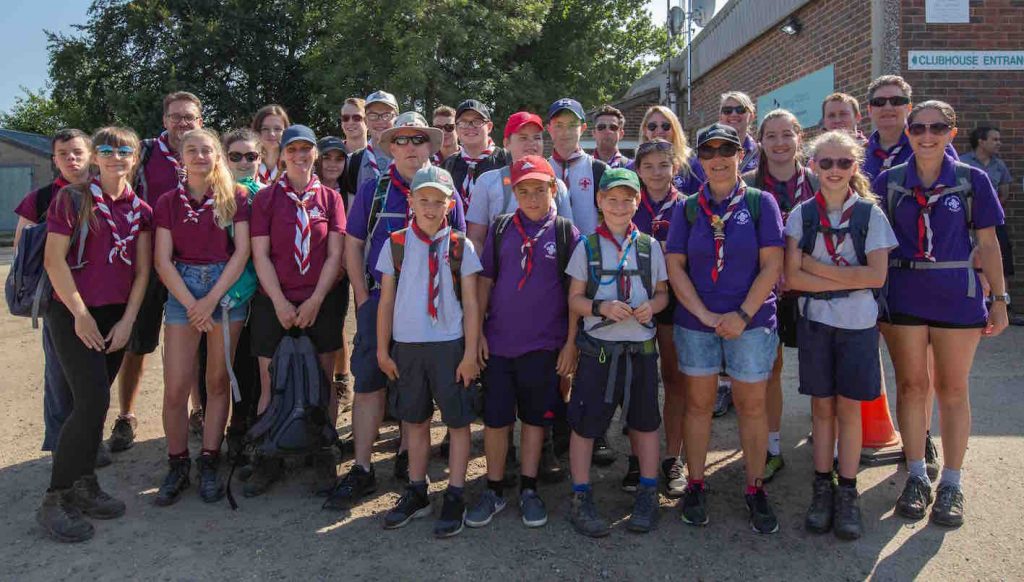 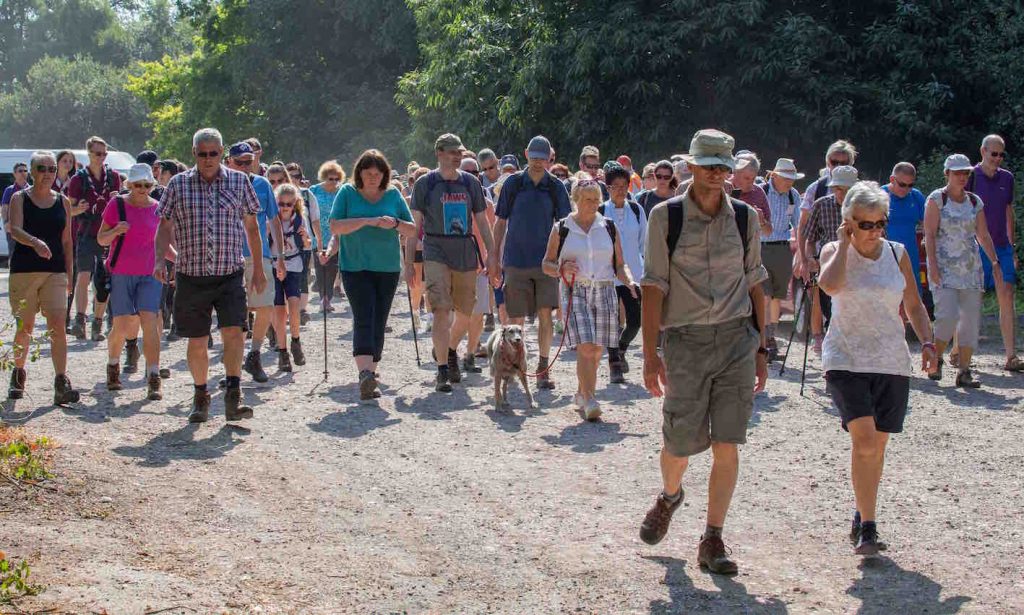 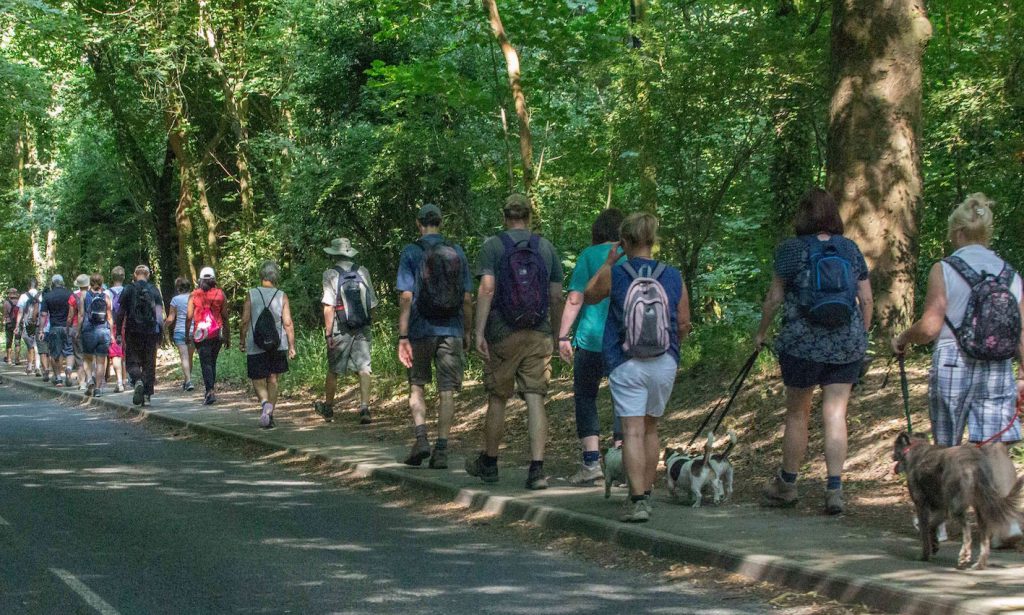 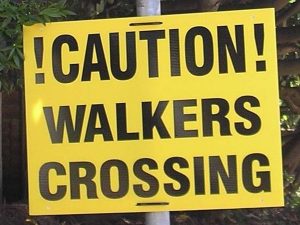 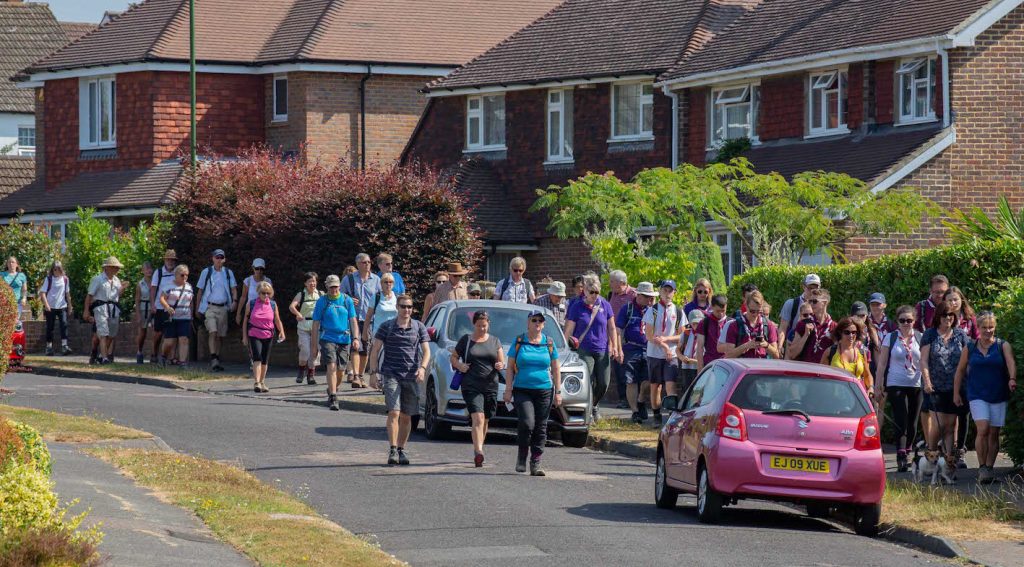 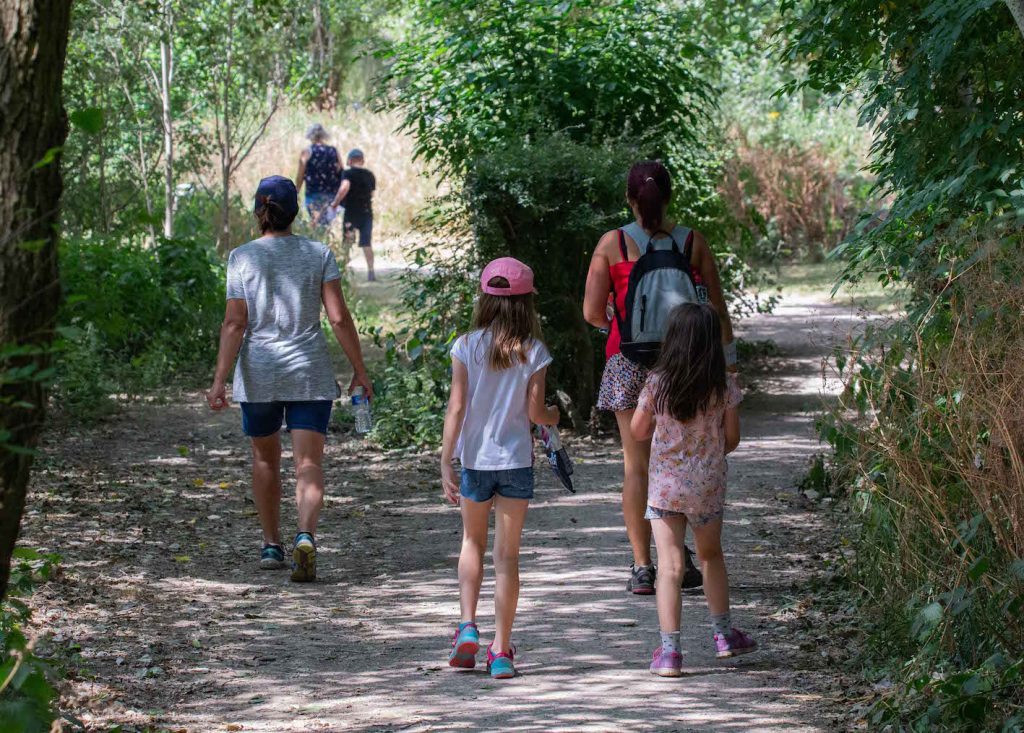 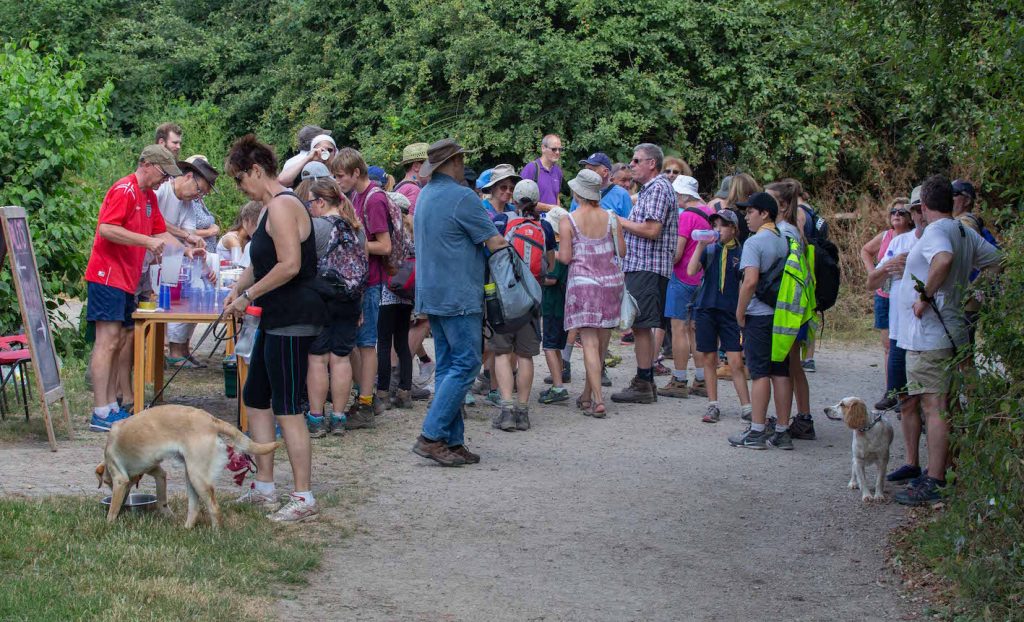 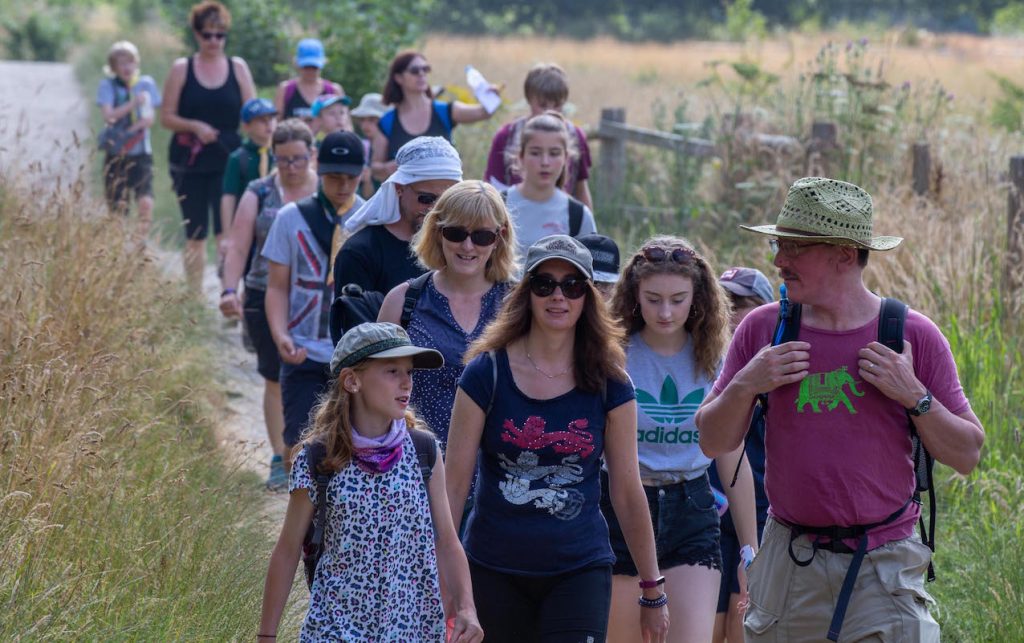 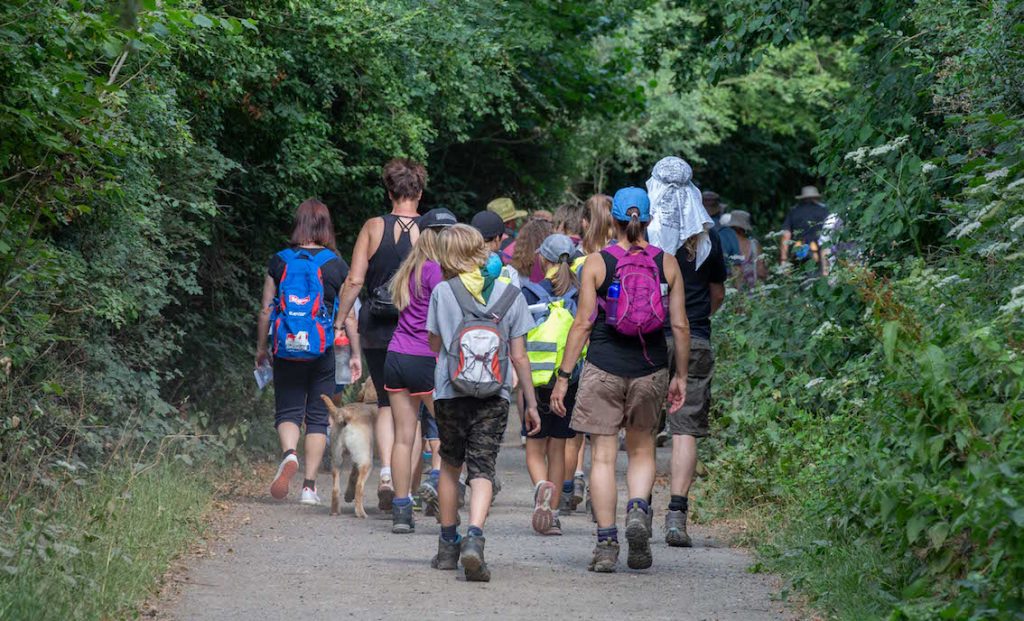 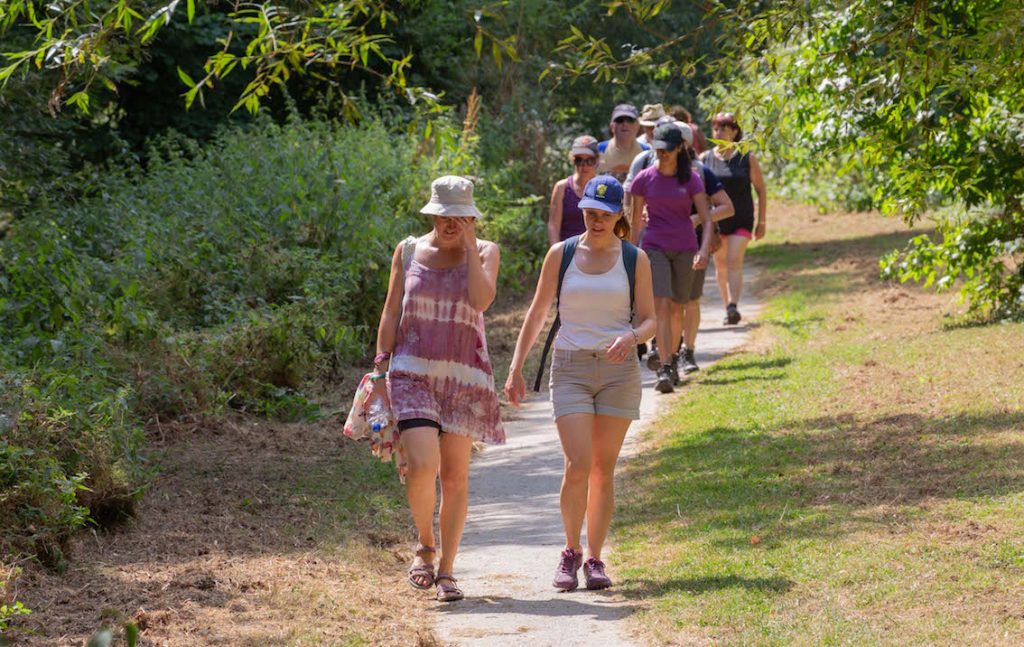 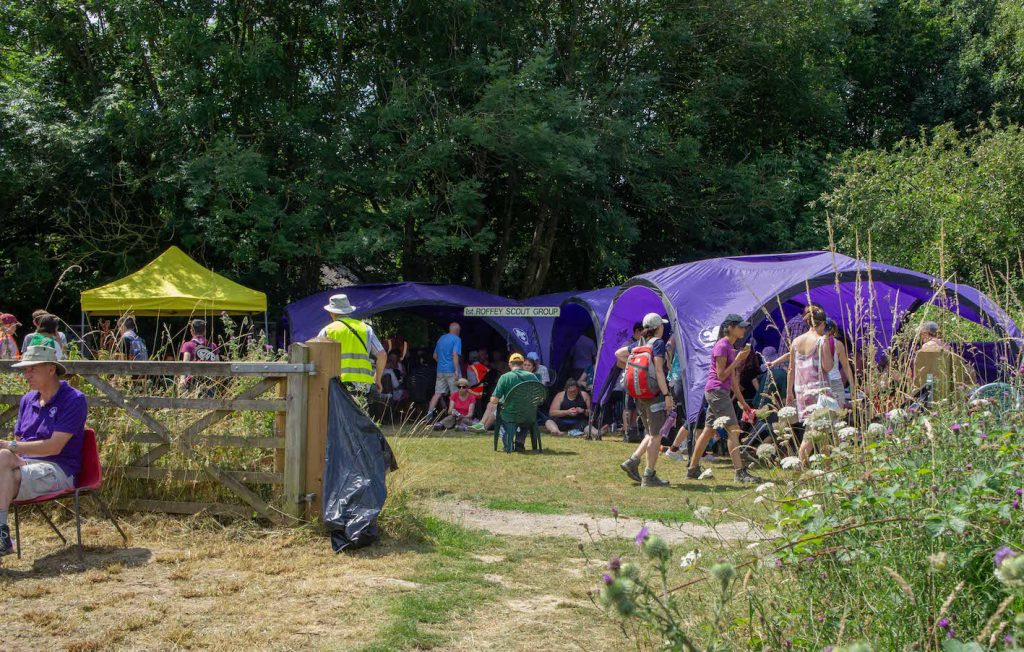 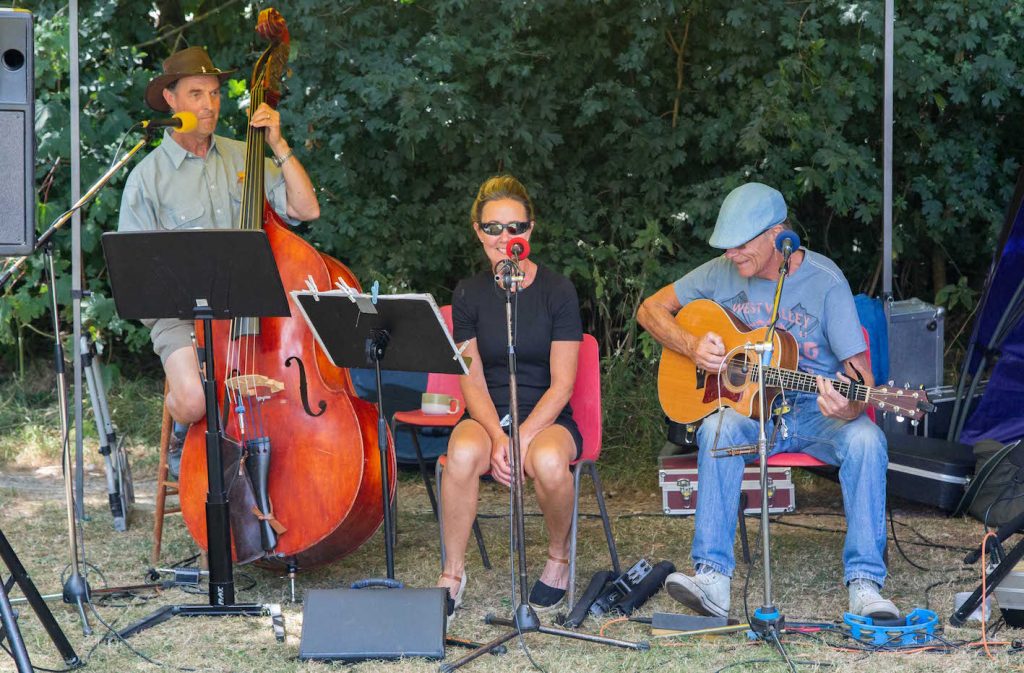 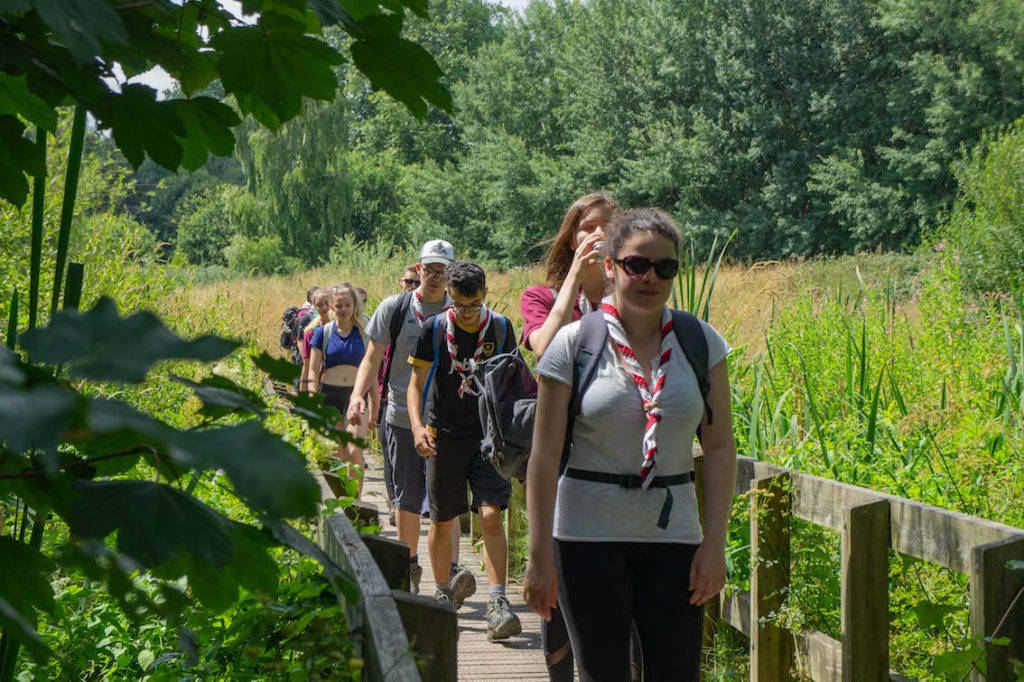 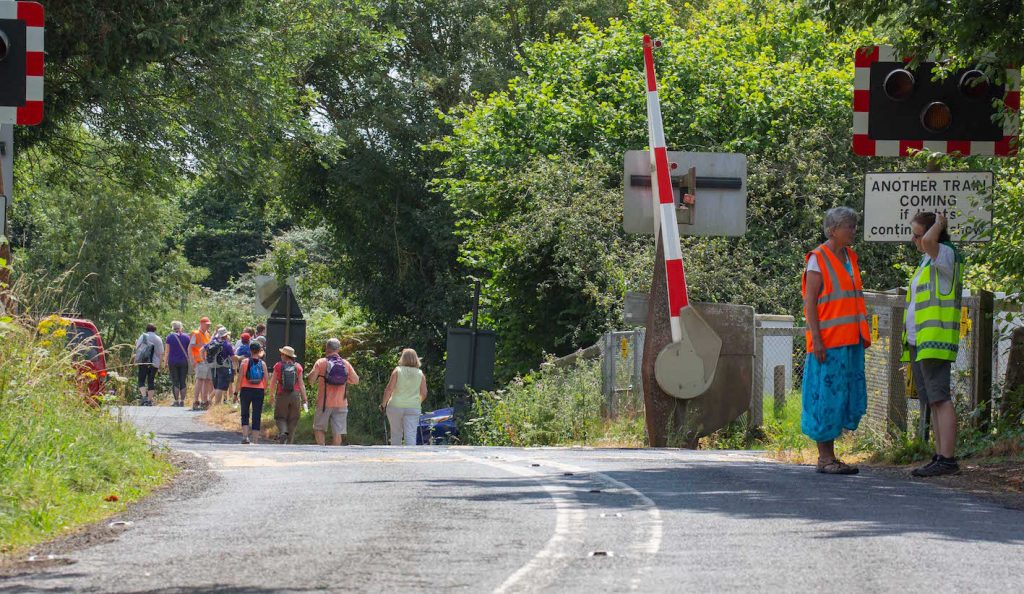 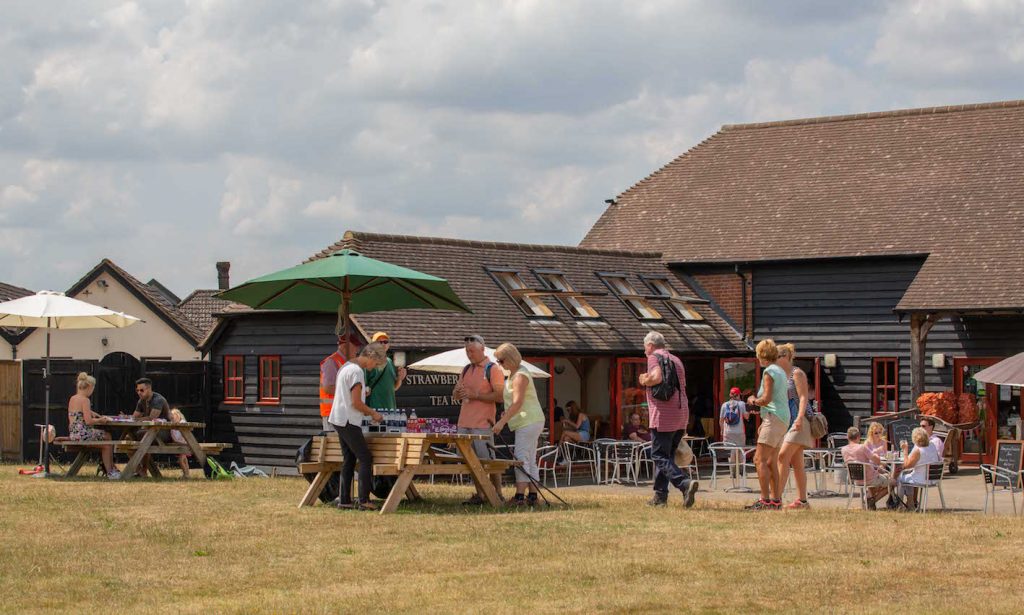 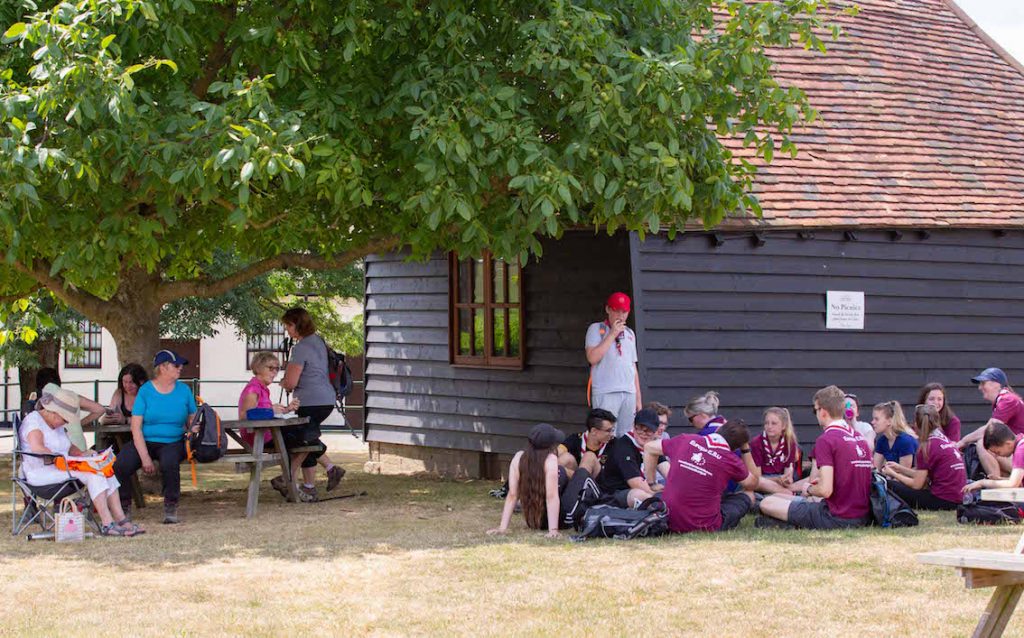 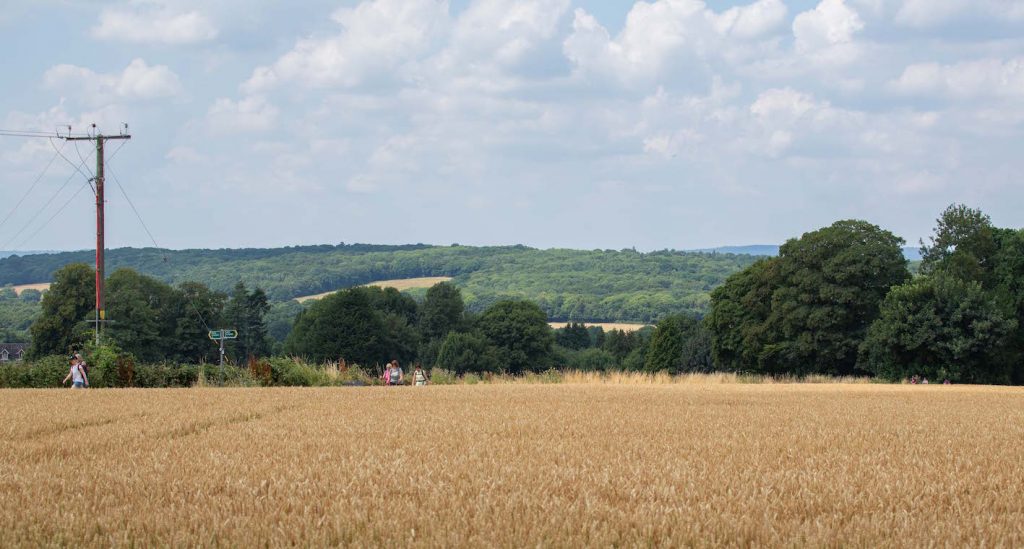 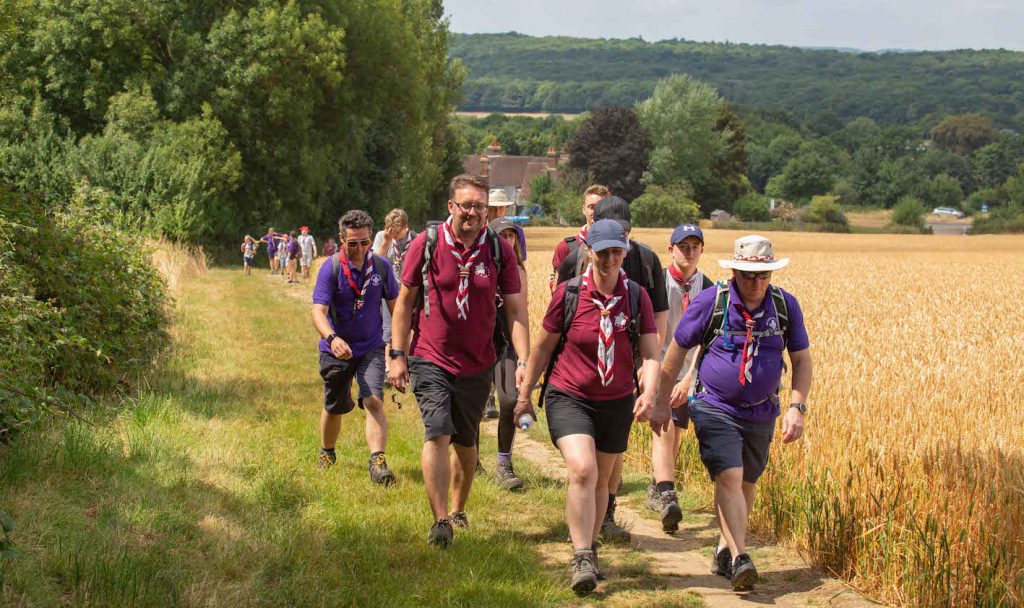 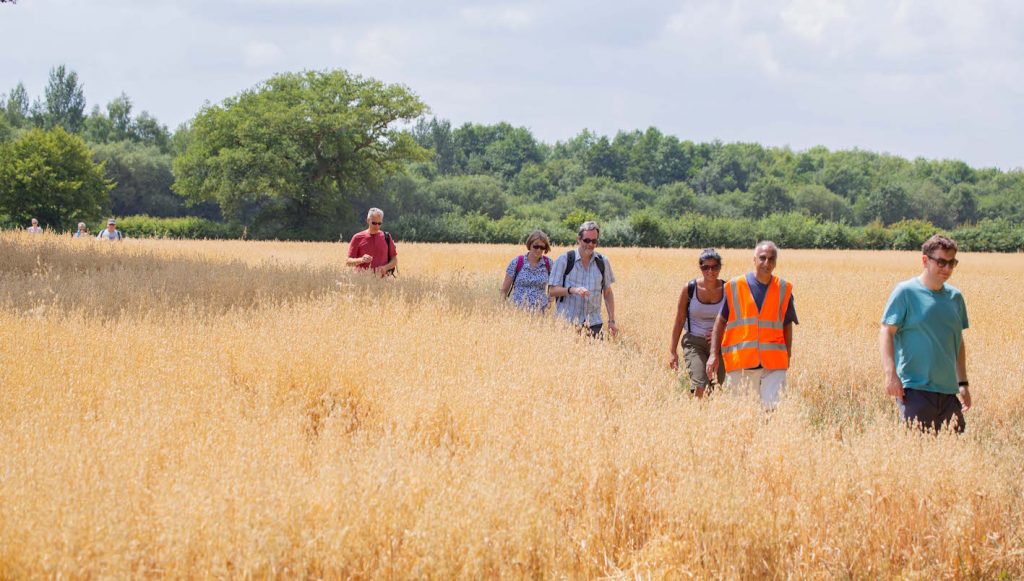 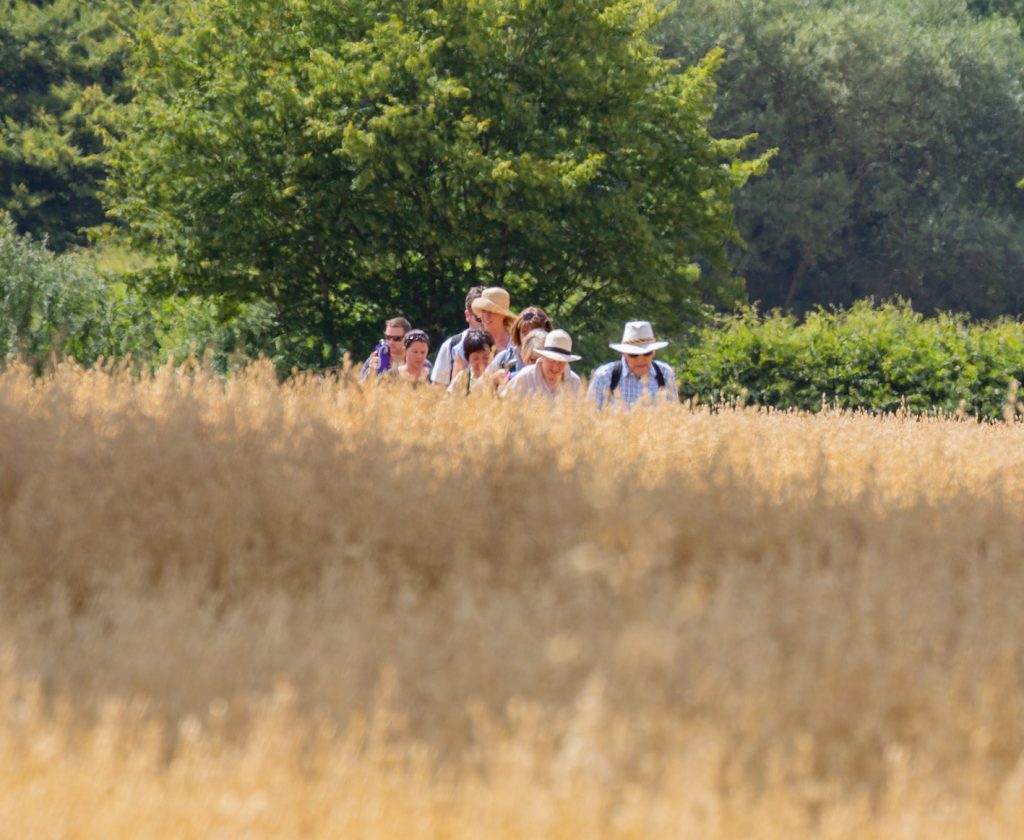 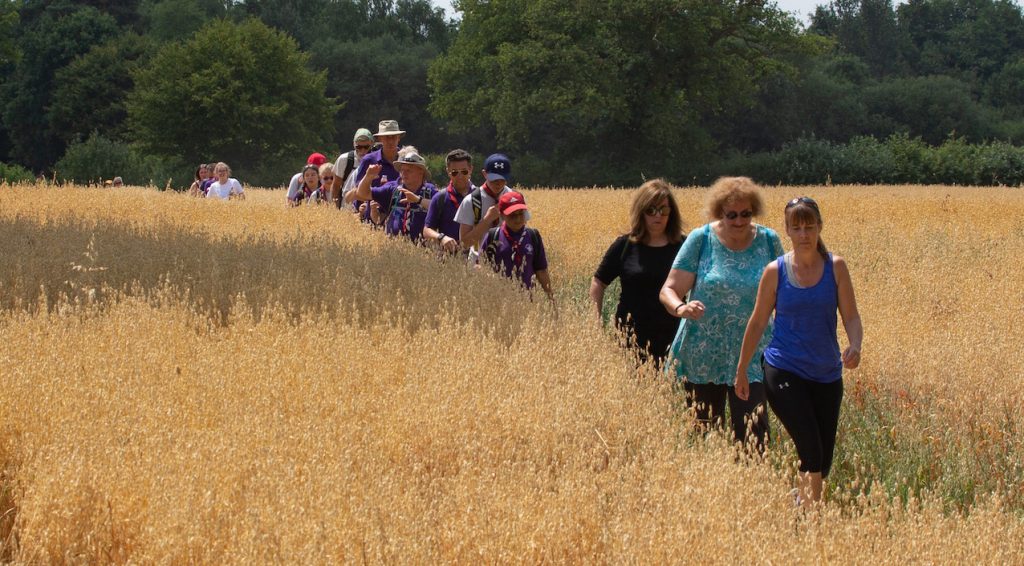 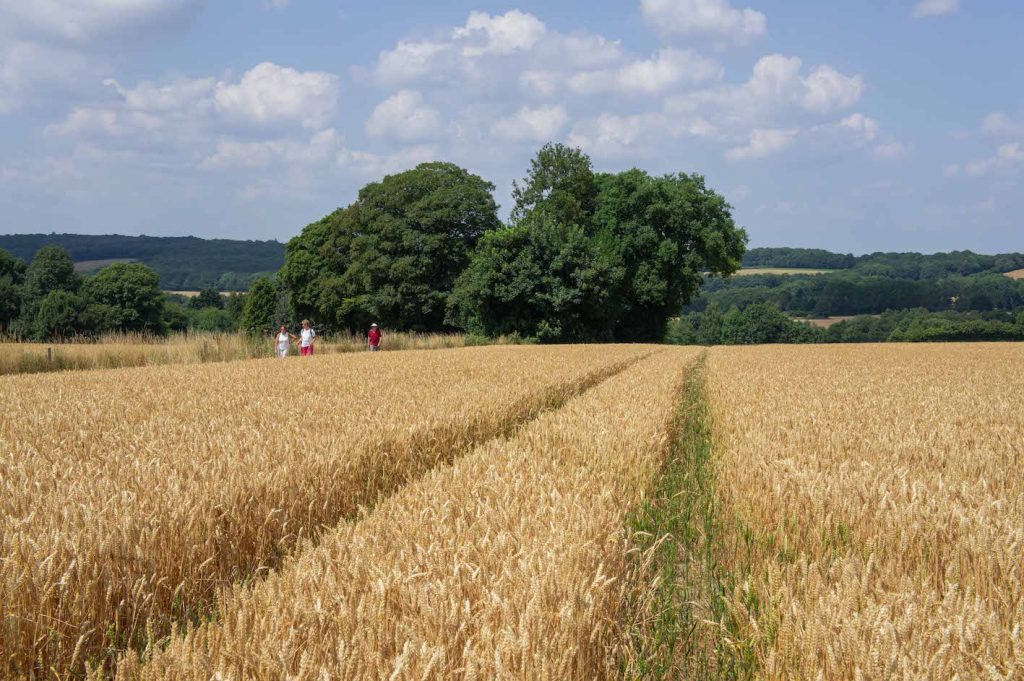 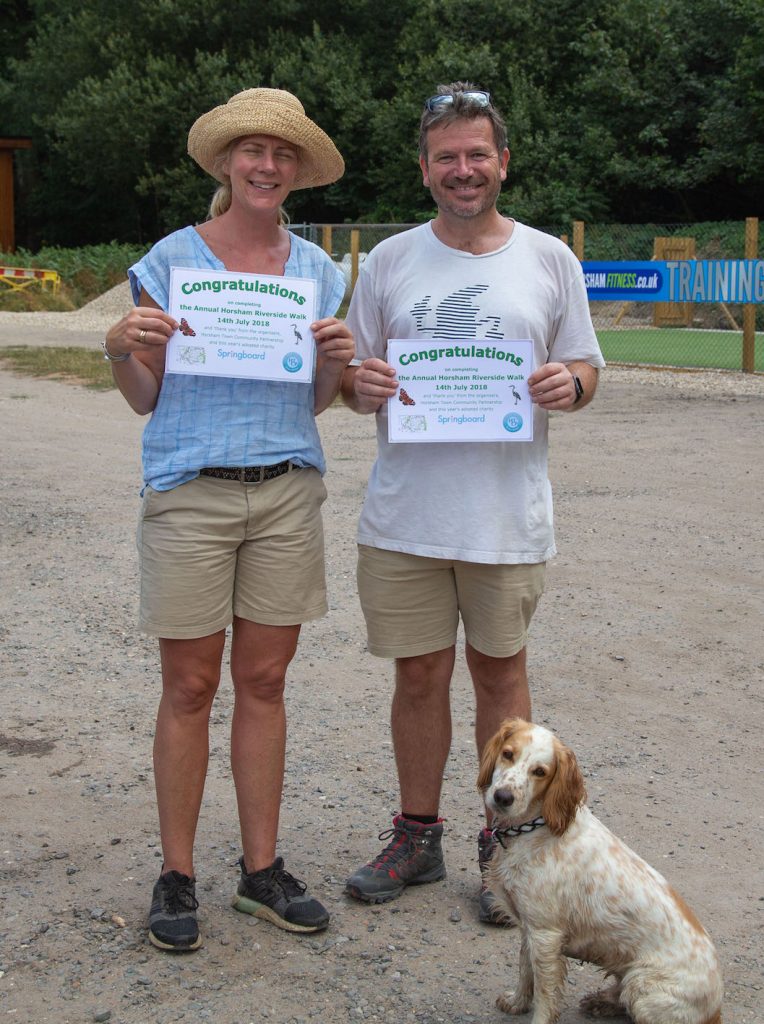 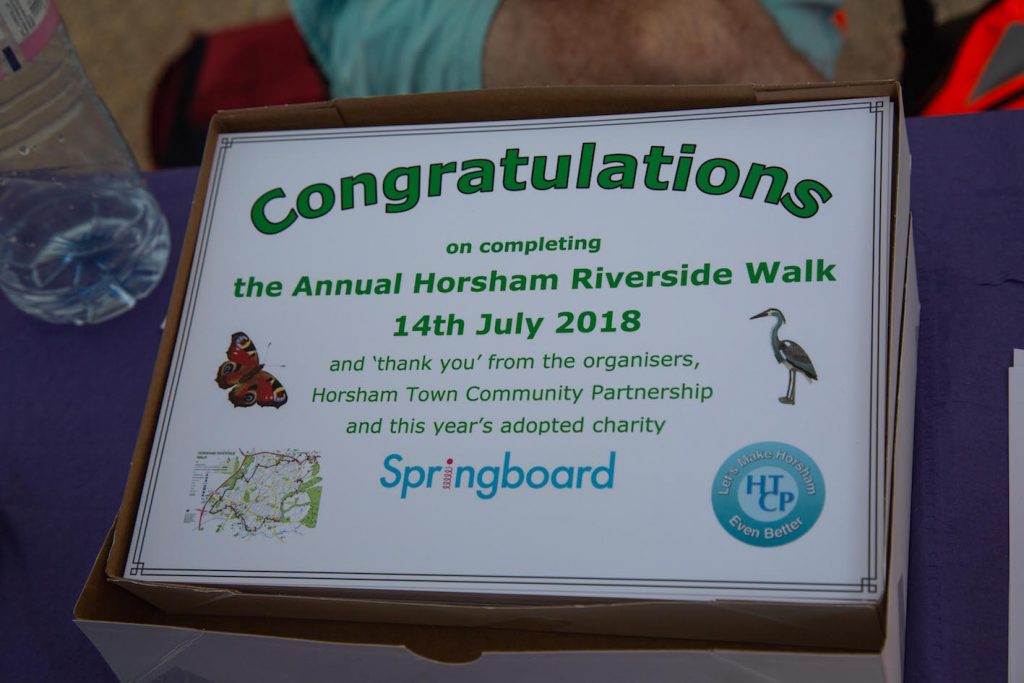